Stephanie Godwin is a Colorado native who spent four years in Northern California attending California State University, Chico where she majored in journalism with an emphasis in public relations and a minor in marketing. After graduation she moved down to the Bay Area where she eventually began working in the construction industry for ISEC, Inc. as a Marketing Coordinator. Currently she lives in Denver with her husband and enjoys exploring the numerous local restaurants, traveling and running (slowly) around Sloan’s Lake.

Lory Nasalroad is almost a local, originally hailing from Wichita, but making the move to Colorado as a two year old. After many years in the financial industry she is excited to make the transition to construction. On the weekends Lory and her husband spend much of their time cheering on their two sons at baseball, basketball, football and lacrosse games. She also finds time to teach Jazzercize and compete in team races such as Warrior Dash and Tough Mudder. 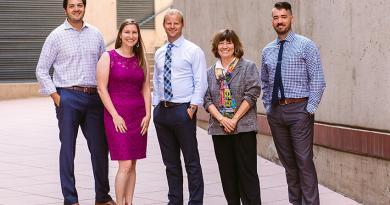 July 8, 2022 lightbourn Comments Off on FCP’s $55 MILLION ACQUISITION OF HEIGHTS ON HURON APARTMENTS IN NORTHGLENN