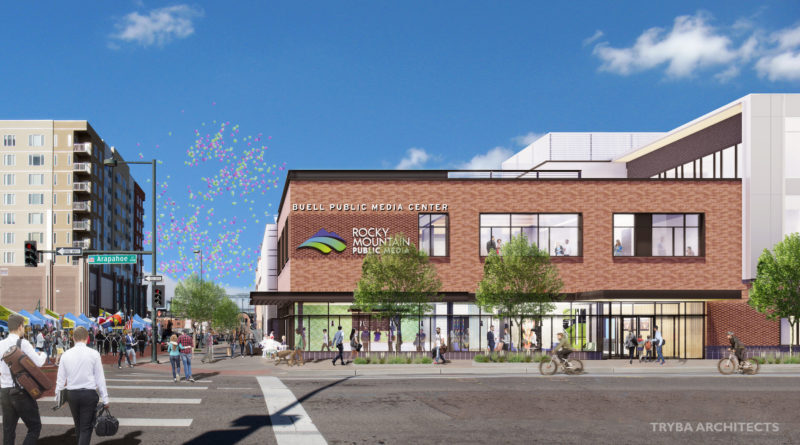 Construction is Underway
The Buell Public Media Center; the headquarters of Rocky Mountain Public Media, is being built on the corner of 21st and Arapahoe in Denver. As the future home of both Rocky Mountain PBS and KUVO-FM Jazz radio, the building program called for some 63,000-SF of space for use as production and performance studios, a community media center, offices, conferencing, and public engagement areas.

Community
Community embrace is an important part of the client’s organizational objectives and siting the building at the nexus of five district in-town neighborhoods – Five Points, CBD, LoDo, Upper Ballpark, RiNo – was a great first step. Incorporating a significant volume of ground-floor transparency is intended to open the building to the public and even offers a direct peek into one of the performance studios.

Project Details
Designed by Tryba Architects, the complexity of the project is highlighted by the six production and performance studios, four of which which are essentially fully sound-isolated, box-within-a-box structures. Recessed structural slabs allow interior studio walls to be built on top of floating slabs suspended from the ceiling to keep external noise and vibrations out so internally, recordings are uninterrupted and pure. Meanwhile, in the Bonfils Stanton Foundation Performance Studios, acoustic wall panels made of rich wood were incorporated to reflect and distribute sound creating a warm tone that is harmoniously well-suited for
live jazz.

Mortenson Construction is leading implementation and The Wells Partnership is acting as the owner’s representative as construction marches toward the public opening, which is anticipated in early 2020. 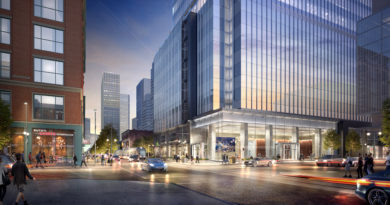 Block 162 Is Coming Up Downtown

March 6, 2019 lightbourn Comments Off on New Market Square Footage to Deliver in 2020 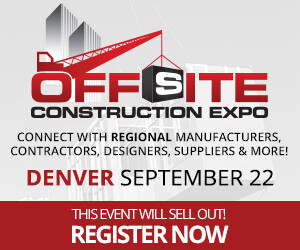