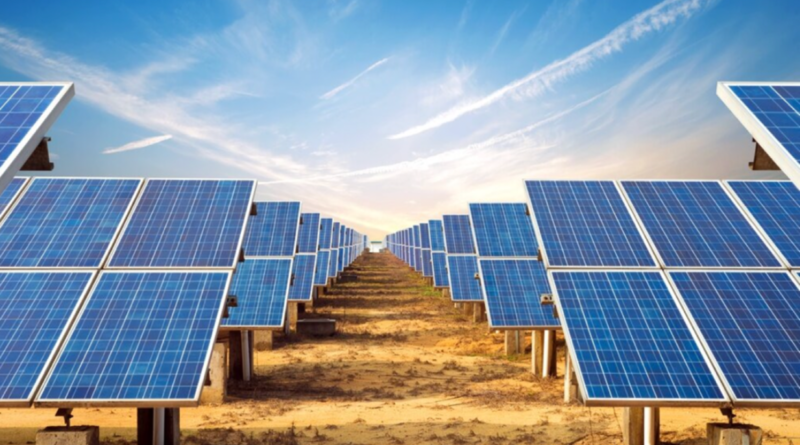 SolarGen’s proposed 150-acre solar farm in Mesa County Board of County Commissioners gives thumbs-up to project that will bring 150 construction jobs, a $55 million infrastructure impact and could contribute over $100,000 annually to Colorado schools.

SolarGen of Colorado (“SolarGen” www.solargenus.com), a developer of renewable energy projects around the world, is proud to announce that the company’s 150-acre solar park in Grand Junction, CO – the Nannie Blain Solar Park (“Project”) - has received approval to proceed from the Mesa County Board of County Commissioners. The Project is located on State Land Board property and is expected to bring 150 new construction jobs to the county, while making a $55 million infrastructure impact and generating over $100,000 for the State Land Board, whose funds are distributed to Colorado schools.

The approval is in the form of a Conditional Use Permit which provides SolarGen with the ability to conduct the further studies and analyses necessary to finalize the details of the Project, with the goal of bringing the Project online by 2025.

“We’re very excited to be moving forward with this Project, one that will bring tremendous solar-energy benefits to complement the other abundant energy sources in Mesa County. The Project entails a 48-megawatt solar power facility with solar panels placed on about 150 acres of a 324 acre parcel leased from the state,” said Carmine Iadarola, SolarGen’s President and Founder. “Most importantly, the property was selected by SolarGen because it has no adverse impacts on agriculture or water supply, two critical infrastructure resources that are already impacted by climate change. The land is currently desolate and is illegally being used as a trash dump by trespassers. The solar park will also put the land to good use for the State Land Board by generating more funds for Colorado students and necessary energy infrastructure for the growing business community.”

As one of 30 states with active clean or renewable energy standards, Colorado remains a prime candidate for solar development, with a stated goal of all large utilities across the state providing 100 percent clean energy by 2050. In addition to State objectives, Public Service Company of Colorado (“Xcel Energy”), Colorado’s largest electric utility, has committed to reducing their carbon footprint by 80 percent of their 2005 levels by 2030. The utility has also updated their Community Solar Garden (CSG) criteria to allow up to 20 MW per site, which portends well for the commercial solar industry. This is important due to the increasingly large number of businesses and industries that have committed to being carbon free by the end of the decade.

The Nannie Blain Solar Park is named after Grand Junction’s first schoolteacher. According to the Museum of Western Colorado’s website, Nannie Blain taught in the Grand Valley in the 1880s, leaving after her school was destroyed by a flood caused when attempts were made to bring irrigation water to the dirt-floor of the one-room schoolhouse. Her full name was Nancy “Nannie” Blain Underhill, and she died in Grand Junction in 1949.

The park itself will minimize the impact on viewsheds for the surrounding areas with panels that are designed to never exceed 16 feet in height.  The panels will be U. S. made and come from companies that employ veterans as a large percentage of their workforce.   The site will also be engineered to include landscaping and visual screening to minimize the visual impact. SolarGen is also planning the design to include influences from the local area, such as sculptures of wild horses, to reflect the Wild Horse sanctuary just north of the Project.

About SolarGen of Colorado: The SolarGen team has been developing renewable energy projects across the United States and around the world for nearly 25 years. We are committed to supporting states, municipalities, businesses and families in meeting their renewable energy goals. Recent events have clearly shown that we need to have reliable sources of clean energy produced locally in order to meet our ongoing energy needs. By building solar projects now, we can ensure there are ongoing clean energy sources to benefit communities for years to come. The Nannie Blain Solar Park provides us a unique opportunity to impact future generations not only by developing reliable clean energy now, but also by doing so in partnership with the State Land Board, which generates funds for Colorado schools. 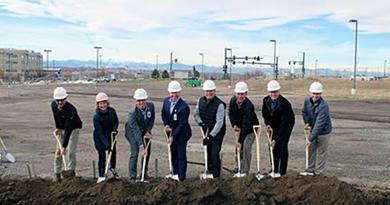 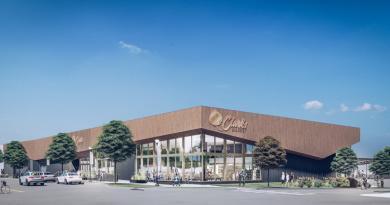