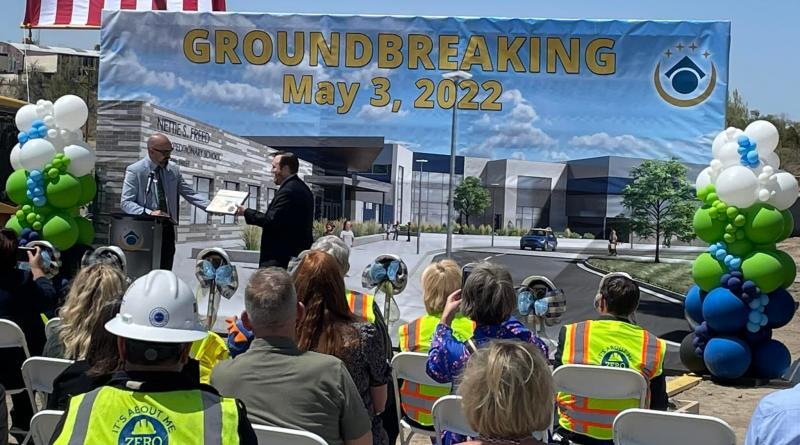 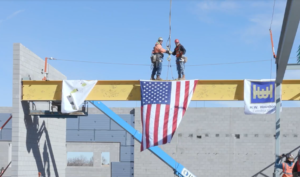 The Pueblo School District 60 hosted a virtual topping out ceremony recently for the Centennial and East high schools. The district superintendent, staff from both schools, subcontractors, and the project teams signed the beams and filmed the beam placement for students and community members to watch live online.

H.W. Houston Construction is the general contractor for the high schools, which represent the largest construction project ever built in Pueblo. The new Centennial and East high schools will provide more than 2,000 students with modern facilities for learning, sports, and cultural experiences. Each school will be between 175,000 and 190,000 square feet. H.W. Houston is a Pueblo-based general contractor and multiple members of the project team are alumni of the original East and Centennial High Schools. As much as 80 percent of the subcontracting work associated with the building of the two schools is being completed by Pueblo-based businesses. 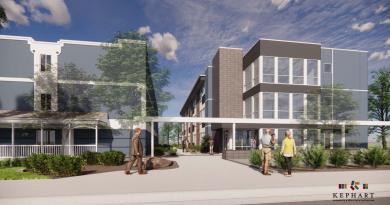 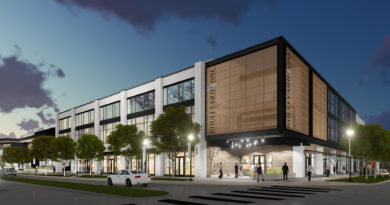 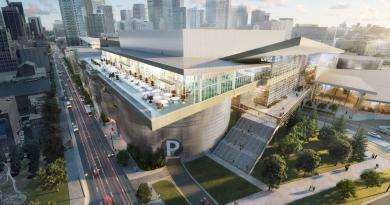